Do you ever read something to do with God and his kingdom and think “WOW!”

That happened to me a few weeks ago when I read a book by Andy Stanley. I’ll try and share it with you…

The Greek term, translated as church in our Bibles, is ekklesia. If you’ve heard me speak on this you’ll know that it wasn’t a religious term but was borrowed from the surrounding culture, where it referred citizens called to gather for civic purposes. 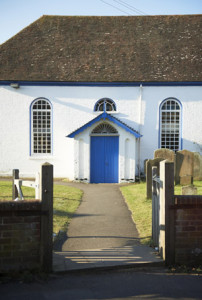 You might be thinking: If the Greek word, and Hebrew equivalent, means gathering why do we have the word church in our English Bibles? Where did the word church come from?

The answer goes some way to explaining why Jesus’ post-resurrection movement became an institution and why most people think of church as a building. We moved from being an assembly to an assembly hall.

In AD313 Constantine, the soon to be Roman Emperor, legalised Christianity after centuries of, at times, intense persecution. Later Constantine declared himself a Christian and Christianity became fashionable. Prior to this Christians had met in homes, had love feasts (pot-luck lunches), sung hymns, read scripture, discussed theology and shared communion. There are only rare cases of tolerant towns or cities where a room in a building was given over to Christians for them to meet. After Constantine’s conversion powerful people came to faith and, as Stanley says: “Christian worship began to incorporate elements of imperial protocol, including incense, ornate clothing, processionals, choirs, and pageantry. Worship became formal and hierarchical, relegating the congregation to mere spectators.”

Pre-Constantine, Christians would often celebrate communion near the tombs of martyrs but now huge buildings were built on top of their bones, or the bones were exhumed and placed under communion tables at the front of existing sanctuaries. Within a decade ekklesia ceased to be a movement. It had become a location.

The Romans called these locations basilicas, the Latin word for a public building or official meeting place. German cultures, also influenced by Christianity, used the word kirika, which became kirche in modern German, which means house of the Lord.

“This Germanic term became the one used most often to refer to the ekklesia of Jesus, and from it we get the word church. Whereas the majority of your English Bible is a word-for-word translation of the Greek text, not so in this case. The word church is not a translation from the Greek. It is a substitution for the Greek. And a bad one at that. The German term kirche and the Greek term ekklesia refer to two very different ideas. A kirche is a location. An ekklesia is a purposeful gathering of people. You can lock the doors of a kirche. Not so with the ekklesia of Jesus.”

This simple grammatical change resulted in massive shifts. Christianity was no longer a grassroots movement but became synonymous with location. Worse still, by the 4th century whoever controlled the building controlled the scriptures. By the Middle-Ages the Bible was literally chained to the pulpit and kept in the hands of experts, out of the reach of the common man. It came to the point where those who controlled the building, controlled the scriptures and, in turn, controlled the people. The reformers began to rescue the church from this grip, notably William Tyndale. He determined to translate the scriptures into English, for all to read, in 1522. He went to Germany to do this, as he had no support in England and began to smuggle Bibles back into England in 1526. He became an outlaw because he had the audacity to translate ekklesia instead of superimposing the German term kirche; he used the term congregation instead of church (he also, correctly, used elder instead of priest and repent instead of do penance). Throughout the New Testament he correctly placed the emphasis of church on being a movement rather than a location. He was betrayed and found guilty. They tied him to a beam, strangled him with a rope, his body was burned and his remains scattered. His crime? Translating the words of Jesus into a language that that adults and children could actually read and understand!

Sadly, it seems the tide is against us and people still think of church as somewhere I go for a few hours a week instead of a movement that I am part of 24/7.

Let’s try and remember at Bessels that we don’t go to church; we are the church, in every place we go!

I have just eaten one of the eighteen mince pies that I have in my study. I wonder how long it will take me to get through them? In some ways it feels wrong eating them now that the decorations are coming down at home and Christmas is truly over (no more “Two Ronnies” re-runs on the television for the foreseeable future).

There is a time and a season for many things in life, even churches! Think about it; none of the churches mentioned in the New Testament exist now…

Often in church life we can think that things should go on forever because they’ve always been that way. I think it’s true that it is easier to start a new venture in church than to stop something that has naturally run its course.

Sometimes we just need to stop things. They’ve run their course and we’re kidding ourselves that they are still great and worthwhile. They were, but they aren’t now.

Earlier this afternoon I went through my In-tray and ditched some documents that related to 2012; they’re irrelevant now. What else should I lay aside?

I heard my wife Jo talking to the children as they were taking down the Christmas decorations. She said something like this: “It is a shame to take down the decorations but the room feels fresher doesn’t it?”

A poem for you:

At the thought of family descending…

Veggies to peel, turkey to stuff, presents to wrap, grandparents to fuss…

I start these pieces by cutting and pasting the previous month’s, then I select all the text and replace it with one question mark – to keep the same font.

The program Columbo (from which the title of these articles is taken) always starts with a huge question mark as well. You see various characters but don’t know who will murder who! However, over the next hour or so we can rest assured that Columbo, our very own Graham Garner (please pray for him as he travels to the other side of the world to meet up with Mark and Jamie. In fact; pray for Jamie!), will solve the case and lead us to a final still-frame and firm conclusion.

Mark, the earliest and shortest gospel, is the exact opposite. It starts with Mark firmly telling us in no uncertain terms that John the Baptist is preparing the way for the Lord. Jesus in then baptised and goes into the desert to have a cosmic battle with Satan. Coming out victorious Jesus then calls the first disciples, drives out evil spirits, heals many, preaches, drives out demons and heals a man with leprosy. All this in the first chapter!

But Mark ends, if you take the view that 16:9-20 were added later, with a question mark. It ends with the only people who stayed with Jesus, the women, fleeing from the empty tomb trembling and bewildered.

“Textbook rat droppings” is the phrase I heard this afternoon when I went back to the church after my minister’s Cluster. Not a phrase I’ve ever heard before in church. It caught me by surprise! If you want to know, Charlie and I heard a rat above my study. Tim Galley called the Council. They sent a man who, with Ian Tandy’s help, laid down poison for it. Emma Trim just sat at the computer typing; I’m not sure if it was even on!

The end of Mark’s gospel kind of takes you by surprise as well. Where’s the triumph? Where’s the victory of Jesus?

And yet maybe, just maybe this ending reflects our lives at times. We know the tomb is empty and that Jesus is alive but we still tremble when we see the economic climate around us. We are bewildered by some things that happen. And sometimes we just keep quiet and don’t say anything about Jesus to anyone because we’re afraid.

Can I ask you to do something? I’m even going to use a “pretty please”. Can you pretty please read Mark’s gospel over the Christmas period ready for 2012. Why? Because our sermon series for the next one and a half years is going to be based on it.

Some might read that last sentence and think: “Gosh, that’s a lot of time on a book of the Bible that I can read in one and half hours!”

Having thought about it I think it would be healthy for us to go back to our source, Jesus, for a sustained period of time and become really familiar with his story for the first or umpteenth time. I’d love it if you could use it as the basis for your small groups and PODs as well (pretty, pretty please).

Dallas Willard, a leading figure on Christian discipleship, recommends that when somebody starts following Jesus they spend the first two years in the gospels to get really familiar with the story of Jesus. My fear is that maybe we “graduate” from Jesus to Paul too quickly. So we’re going back.

If you’d like to know of any good books about Jesus to read alongside this sermon series, just ask. Charlie and I would be happy to lend them to you.